The first trailer for Act of Valor, the action pic whose cast is made up of active duty Navy SEALs, has been released. The film started in earnest as a recruitment video for the U.S. military’s Naval Special Warfare Command until Relativity picked it up and decided to turn it into a feature film. The flick’s origin makes a lot of sense after seeing this trailer, as it plays very much like Call of Duty The Movie. There are a couple of first-person shots, lots of explosions, slow-motion, and multiple missions. I’m not exactly sure where the story fits in here, but the concept is intriguing enough and I’m interested to see what kind of film they’ve put together.

Hit the jump to watch the trailer. Mike “Mouse” McCoy and Scott Waugh direct from a script by Kurt Johnstad (300). Act of Valor opens February 17th, 2012. [Update: We’ve been sent the official poster for the film, which is now included after the jump.]

Act of Valor takes audiences deep into the secretive world of the most elite, highly trained group of warriors in the modern world. When the rescue of a kidnapped CIA operative leads to the discovery of a deadly terrorist plotagainst the U.S., a team of SEALs is dispatched on a worldwide manhunt. As the valiant men of Bandito Platoon race to stop a coordinated attack that couldkill and wound thousands of American civilians, they must balance their commitment to country, team and their families back home.

Each time they accomplish their mission, a new piece of intelligence reveals another shocking twist to the deadly terror plot, which stretches from Chechnya to the Philippines and from Ukraine to Somalia. The widening operation sends the SEALs across the globe as they track the terrorist ring to the U.S.-Mexico border, where they engage in an epic firefight with an outcome that has potentially unimaginable consequences for the future of America. 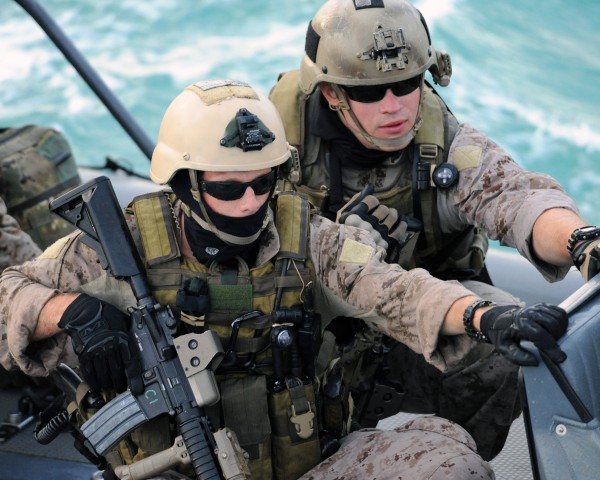