We previously showed you the admittedly underwhelming image of an eye-piece from Spider-Man’s new mask in The Amazing Spider-Man 2.  Today, an official look at the new suit has been released, and it’s a great improvement over the costume from the first film.  While I can appreciate that the reboot wanted to create more distance from Raimi’s films by redesigning the suit, the Amazing Spider-Man 2 costume looks like it will work better by going with the traditional look to the point where this is more faithful to the comics than any of the previous Spidey outfits. 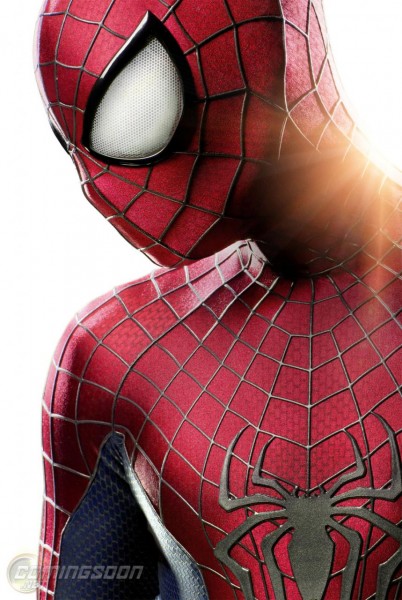 Here’s the official synopsis for The Amazing Spider-Man 2:

In The Amazing Spider-Man™ 2, for Peter Parker (Andrew Garfield), life is busy – between taking out the bad guys as Spider-Man and spending time with the person he loves, Gwen (Emma Stone), high school graduation can’t come quickly enough. Peter hasn’t forgotten about the promise he made to Gwen’s father to protect her by staying away – but that’s a promise he just can’t keep. Things will change for Peter when a new villain, Electro (Jamie Foxx), emerges, an old friend, Harry Osborn (Dane DeHaan), returns, and Peter uncovers new clues about his past.