While she’s currently prepping for the release of her directorial debut In the Land of Blood and Honey, Angelina Jolie is also looking towards her next acting vehicle. Deadline reports that Jolie is in serious talks to star in a big scale action thriller written and directed by Luc Besson (The Professional, The Fifth Element). Besson just finished his own prestige pic The Lady, but it looks like he’s itching to get back to his action roots with his next project. The film is described as a dramatic thriller “rooted in true scientific elements” and the plan is to shoot with Jolie next spring. Hit the jump for more on Jolie’s upcoming slate of projects. 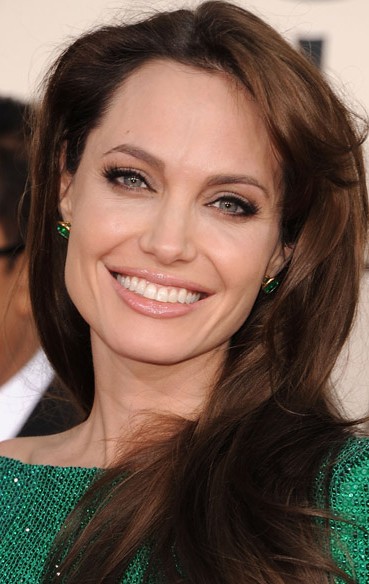 Jolie seems a good fit for the stylized thriller world of Besson, so I’m interested to hear more about the project. The untitled action pic will apparently be followed by the Gertrude Bell biopic Jolie is set to star in for director Ridley Scott. She’ll play the British aristocrat who was key in dismantling the Ottoman Empire and subsequently founding Iraq. The report states that Jolie is also “moving quickly” on Disney’s Maleficent, so the re-imagining of the Sleeping Beauty character shouldn’t be far behind.

She’s also apparently getting closer to starring in an adaptation of Patricia Cornwell’s Kay Scarpetta character. Word on the feature film iteration of the crime-solving medical examiner has been mum for quite some time, but it sounds like she may be planning on finally bringing it to life. However, the report contains no update on the Cleopatra epic that David Fincher is circling. They may be waiting on Fincher to helm his next project (possibly 20,000 Leagues Under the Sea) or inevitable Girl with the Dragon Tattoo sequel before moving on to the historical epic.