After getting behind the camera for the drama In the Land of Blood and Honey, Angelina Jolie will get back in front for the fairy-tale re-imagining Maleficent.  Director Robert Stromberg‘s spin on the Sleeping Beauty tells the story from the eponymous villain’s point of view.  Jolie recently commented on what we can expect from the upcoming film, which is scheduled to start shooting in June.

Hit the jump for what Jolie had to say about Maleficent including her take on the character’s personality, how Maleficent can be good for young girls, and how the sorceress will look. 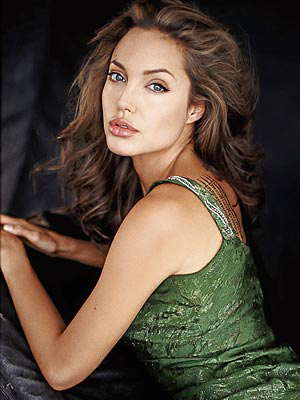 I hope in the end you see a woman who is capable of being many things, and just because she protects herself and is aggressive, it doesn’t mean she can’t have other [warmer] qualities. You have to figure out the puzzle of what she is.

Jolie also made the surprising comment that although Maleficent isn’t going to be a misunderstood character like Wicked‘s Elphaba, there’s still going to be something positive for young girls:

It sounds really crazy to say that there will be something that’s good for young girls in this, because it sounds like you’re saying they should be a villain. [Maleficent] is actually a great person. But she’s not perfect. She’s far from perfect.

It seems like Jolie has latched on to the magnificence of the character, and I’m curious to see how she plays that grandiosity (provided that’s the direction she chooses to go).

No matter how she plays the character, we can expect her to at least have a bit of a resemblance to Disney’s 1959 animated version:

We’re still figuring out the look. We’re experimenting with different things. But the horns are the horns – you can’t deny them. You have to have horns.