We’ve got a few casting stories to share this afternoon.  Briefly:

Hit the jump for more details. 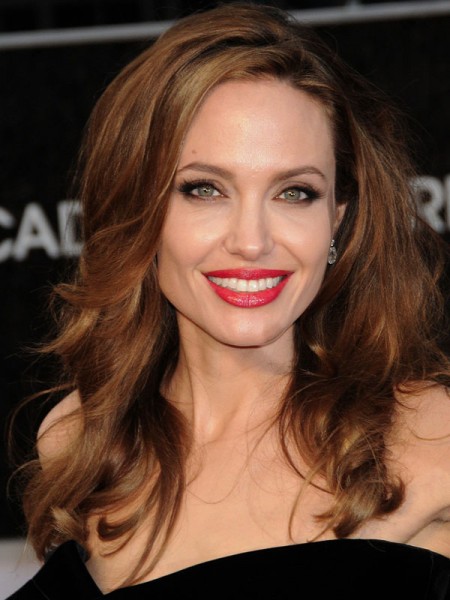 First up, Angelina Jolie has a cameo role in Paul Sorrentino’s next film, The Great Beauty.  The pic is a follow-up to the Sean Penn-fronted This Must Be the Place and takes place in Rome.  Plot details are unknown at this time, but THR reports that a 2013 release is being eyed.  Sorrentino has won two Cannes jury prizes in the last five years.

Additionally, The Daily Show correspondent Aasif Mandvi is a late addition to the currently in-production comedy The Internship.  Directed by Shawn Levy (Date Night), the pic stars Vince Vaughn and Owen Wilson as two old-fashioned salesman who find themselves suddenly unemployed and competing against twentysomethings during an internship at a major tech company.  Deadline’s report has no details regarding Mandvi’s character, but given that he’s joining the project this late one assumes it’s a minor role.

Finally, comedians Jessica Chaffin (The United States of Tara) and Jamie Denbo (Suburgatory) are joining director Paul Feig’s next film.  The untitled comedy stars Sandra Bullock and Melissa McCarthy as an FBI agent and a tough Boston cop who must team up and work together to take down a drug lord.  Read the full press relase below.

Hot off the heels of filming their new chat show Ronna & Beverly, for Sky Atlantic in the UK, comedy performers and writers Jessica Chaffin and Jamie Denbo are thrilled to be re-uniting with Paul Feig as they get cast in his new movie starring Sandra Bullock and Melissa McCarthy.

Feig is a huge fan of Jessica and Jamie, having worked with them on their live chat Ronna & Beverly, which they perform monthly in LA at the UCB Theatre. He was also involved in showcasing the show at the Soho Theatre in London and is the Exec Producer on their brand new chat show Ronna & Beverly, which goes out in the UK on Sky Atlantic HD from early September.

American writers and performers Jessica Chaffin and Jamie Denbo.  Between them their credits include Entourage, Curb Your Enthusiasm and Sex And The City.  Following a series of critically acclaimed stage shows in the UK and across the States, Ronna and Beverly have become one of the most established and well-loved live acts, thanks to a combination of outrageously funny celebrity interviews and beautifully observed comic performances from Jessica and Jamie.Jamie Denbo is represented by Pakula King & Associates and Jessica Chaffin is represented by CAA.

Sandra Bullock and Melissa McCarthy star in the buddy cop comedy directed by Paul Feig (Bridesmaids). The story pairs an uptight, star FBI agent (Sandra Bullock) with a tough Boston cop (Melissa McCarthy) They must team up to take down a drug lord but first have to overcome their mutual distrust and learn to work together.  Chernin  Entertainment will produce the film that is based on Katie Dippold’s original script.  Peter Chernin and Jenno Topping are Producers.  Paul Feig and Missy Imperato are Executive Producers. Filming began on July 5th in Boston, Massachusetts.

Related Content
Previous Article
First Video from the Set of THE WOLVERINE
Next Article
Limited Paper: THE DARK KNIGHT RISES for a Good Cause; Mark Englert…
SHARE TWEET CHAT