You know who wants Brad Pitt for their movie?  Everybody.  Vulture reports that Warner Bros. wants Pitt to star in Doug Liman’s All You Need Is Kill after deciding to put the kibosh on Liman’s far more expensive sci-fi heist flick Luna once co-fiancier Skydance dropped out.  All You Need Is Kill is based on the manga by Hiroshi Sakurazaka and it doesn’t have a bad premise: “A young Army recruit who, despite being killed in the first day of intergalactic alien invasion of Earth, is continually resurrected Groundhog Day–style to the day before he was killed.”  So you have the same worthwhile thematic ground as Source Code and Johnny Got His Gun—the soldier we can’t let rest in peace.  There were reportedly some third act problems where the protagonist “dispatches aliens in the same rote way as a twelve year old who’s played too much XBox 360,” but those problems have reportedly been resolved to the studio’s satisfaction.

Hit the jump for why this kind of interest is irrelevant for someone of Pitt’s stature.

Warner Bros. also wants Pitt to star in David O. Russell’s The Mission, “a Peter Landesman script about a U.S. Navy Seal’s six-year-long rescue effort to free fifteen U.S. hostages from FARC rebels.”  O. Russell wants to make the film after he does The Silver Linings Playbook, but that’s today and since he’s attached himself to plenty of other projects, who knows how he’ll feel once he’s done with Silver Linings.  We reported on this in June and nothing has changed except maybe O. Russell has The Mission next in line on his schedule.

But this is my problem with the “I Want” aspects of Vulture’s story.  You could say “Studio X wants Brad Pitt for Movie Y” and it would almost always be true.  These aren’t negotiations, and no offer has been made.  This is: “I want one of the biggest movie stars in the world to star in my movie.”  Even if Moneyball stays in the awards race and Pitt were to pick up an Oscar nomination, it wouldn’t matter career-wise.  He cannot go any higher than where he is right now. 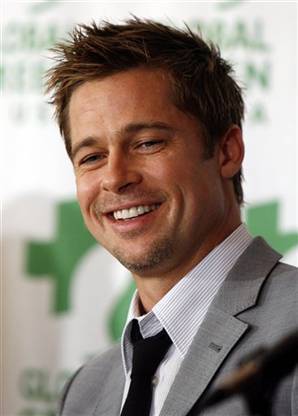