After the one-two punch of The Social Network and The Girl with the Dragon Tattoo, director David Fincher has taken his time in choosing his next feature project.  He helmed the first couple of episodes of the new Netflix series House of Cards with Kevin Spacey, but with modest box office returns on Dragon Tattoo the follow-up adaptation has been slow-going.  Fincher has a number of options on his plate at the moment, but he’s been pretty passionate about getting his 20,000 Leagues Under the Sea remake off the ground for the past couple of years.

Now it looks like there’s finally some movement on 20,000 Leagues, as Fincher is courting frequent collaborator Brad Pitt to lead the project as sailor Ned Land while Disney decides whether to greenlight the film.  Hit the jump for more details. 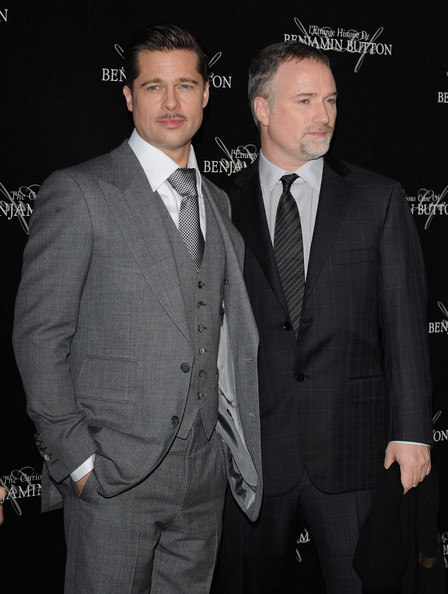 Variety reports that, while Fincher waits for a draft of the The Girl Who Played with Fire script by Steven Zaillian, Disney has put a three-month hold on the filmmaker to see if 20,000 Leagues can get off the ground.  The project doesn’t yet have a greenlight, but Disney is now deciding whether to move forward with the redo as they work on a budget.  They’ve asked Fincher (who’s anxious to direct again) to hold off on pursuing other projects in the meantime.  The conversation has turned to casting, and the director is looking to put Pitt in the role of Ned Land, who was played by Kirk Douglas in the original 1954 adaptation of the Jules Verne novel.  An older A-lister will likely play the story’s anti-hero Captain Nemo.

Pitt is taking some time to mull over his future projects as he finishes up reshoots on World War Z and work on Ridley Scott’s The Counselor, so his schedule is pretty open at the moment.  He and Fincher are longtime friends, so I wouldn’t be shocked if the deal went through making this their fourth film together after Seven, Fight Club, and The Curious Case of Benjamin Button.

Last we heard on 20,000 Leagues Under the Sea, Fincher had brought on Seven scribe Andrew Kevin Walker to do some rewrite work on Scott Z. Burns’ script.  He has long stated that the film would be shot in 3D and probably 70% comprised of CG, so it’s no small undertaking.  Fincher is one of the truly great filmmakers working today, and I can’t help but feel a little giddy at the prospect of him bringing to life a big-budget adventure remake of 20,000 Leagues.  Hopefully we hear more firm word soon as Disney mulls over the project, but I’m all for a re-team of Pitt and Fincher.