Hit recording artist Ed Sheeran is poised to make a more significant jump into the acting world, and the project couldn’t be more perfect. The Daily Mail first reported and Deadline confirmed that Sheeran is in talks to join the cast of Oscar-winning Slumdog Millionaire filmmaker Danny Boyle’s upcoming musical comedy from Working Title. The script for the untitled feature hails from Love Actually and About Time screenwriter Richard Curtis, and while the plot has been kept under wraps, The Daily Mail has some intriguing story details, assuming they’re true: It’s the story of a man who wakes up one day to discover he’s the only person in the world who remembers the songs of The Beatles.

The Daily Mail says Sheeran will appear on screen and write new music for the film, which will also include Beatles songs, although Deadline—a more solid source on Hollywood goings-on—can’t confirm whether Sheeran will indeed be contributing to the soundtrack or score.

Sheeran appeared in the FX series The Bastard Executioner and had a highly publicized cameo in Game of Thrones last season, a move made on the part of the showrunners to impress Arya Stark actress Maisie Williams who’s a self-professed Ed Sheeran superfan. Sheeran also has experience contributing music to movies, writing and performing the original song “I See Fire” from The Hobbit: The Desolation of Smaug.

Baby Driver star Lily James is onboard this untitled film in a lead role, with Himesh Patel co-starring and Kate McKinnon in talks to join the ensemble. Filming is due to begin this summer as Boyle is simultaneously developing an original take on Bond 25 with Trainspotting writer John Hodge. If Bond’s producers take a liking to that finished script, Boyle hopes to be directing the next James Bond movie at the end of this year, after he’s wrapped this musical comedy. 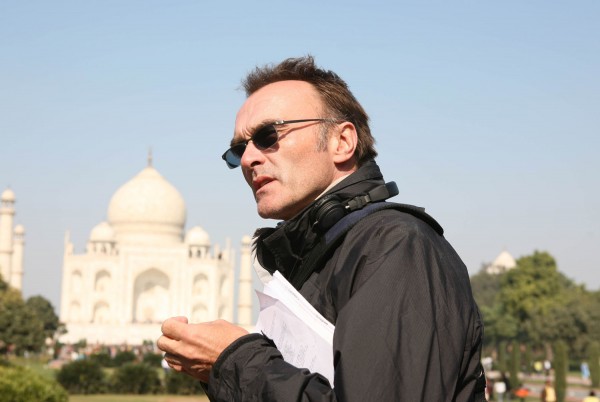