Oscar-winning filmmaker Ang Lee has begun rolling cameras on his next feature. The director took some time in choosing his follow-up project to Life of Pi, for which he won the Best Director Oscar, and he settled on the war drama/satire Billy Lynn’s Long Halftime Walk, which he shot entirely at High Frame Rate. The film—and its format—didn’t go over too well with audiences or critics, but now Lee is back in the director’s chair on something entirely different (as he is wont to do): an action-thriller starring Will Smith.

Indeed, filming has begun on the long-in-development Gemini Man, which is Lee’s next project, and to mark the occasion star Will Smith has shared the first set photos from the film. The innovative story finds Smith playing an elite assassin who is suddenly targeted and pursued by a mysterious outsider—who happens to be a younger version of himself. This project’s origin dates all the way back to a pitch by Darren Lemke in 1997, when Tony Scott was attached to direct. Over the years numerous screenwriters took a pass at the script, including Brian Helgeland (L.A. Confidential), Andrew Niccol (The Truman Show), and David Benioff (Game of Thrones), and actors like Mel Gibson and Clint Eastwood mulled over the lead role at different times. 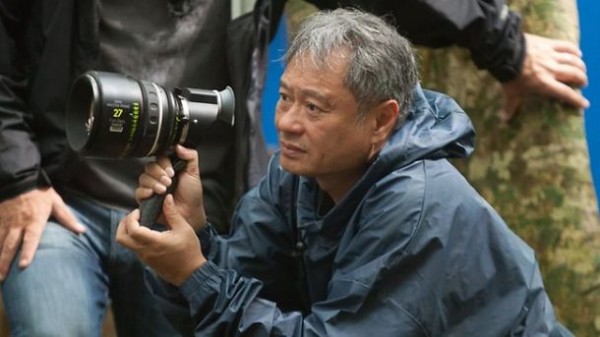 While the original idea would have had two different actors playing the two characters, Lee will be using cutting-edge digital technology to de-age Smith so he can play both parts. This kind of tech is fairly new, but films like Captain America: Civil War and Blade Runner 2049 have had tremendous success creating younger digital doubles of actors and Lee is nothing if not ambitious, so it’ll be interesting to see what this final result is.

It’s unclear if Lee is shooting Gemini Man in HFR, but he’s certainly keen on that tech so it wouldn’t surprise me. Perhaps an action-thriller is a better fit than a drama.

Check out the first Gemini Man set photo and video from Smith below, in which he reveals that shooting in Georgia certainly has its bug hazards. Produced by Jerry Bruckheimer, the Paramount Pictures and Skydance film also stars Mary Elizabeth Winstead, Clive Owen, and Benedict Wong. Gemini Man opens in theaters on October 4, 2019.

First week on my new film @GeminiManMovie!! Ang Lee got me out here fighting the wildlife.