George Clooney (Ocean’s Eleven) is reportedly in talks to star in Disney’s 1952, an extraterrestrial pic in the vein of Close Encounters of the Third Kind.  Written by Damon Lindelof (Star Trek) and  Jeff Jensen, 1952 will be directed by Brad Bird (The Incredibles).  Plot details are being kept under wraps, but the picture is said to center on the journey of a middle-aged man and his contact with alien life.  We previously reported that the title is a reference to a banker’s box of files and documents that had been left in Walt Disney’s personal development lab.  The contents of the box were documents and primary source materials that look like someone had been working on a project about alien contact.  Additionally, “1952″ could refer to the appearance of seven UFOs on radar at Washington’s National Airport.  Hit the jump for more, including how this affects Bird’s schedule and chances to direct Star Wars: Episode VII. 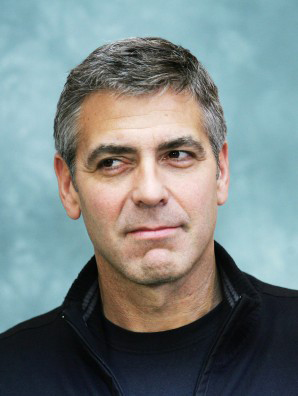 Clooney is in negotiations to star in the Bird-directed 1952.  Again, details are sketchy, but it looks as if Clooney’s character would be similar to that of Close Encounters of the Third Kind’s Roy Neary (Richard Dreyfuss). Though the studio is considering this a high-profile tentpole project, Disney has yet to confirm and sources caution that 1952 is not officially greenlit and no cast is set.  With their recent purchase of Lucasfilm, it’s an understatement to say the execs have a lot on their minds.

While the legions of fans still wait to see who will land the director’s role for Star Wars: Episode VII, progress on 1952 with Bird attached adds a bit of a wrinkle to the speculation that he would win the job.  Steven Spielberg and Quentin Tarantino have already expressed their disinterest, Zack Snyder has declined any involvement as well.   Matthew Vaughn is rumored to be in likely consideration for the job after dropping out of helming X-Men: Days of Future Past, though Mark Millar said that was to jump into production on Secret Service.  But with the Disney/Pixar/Lucasfilm connection among Kathleen Kennedy, screenwriter Michael Arndt (who reportedly has a 40-plus-page draft for the entire sequel trilogy prepared) and Bird, the Mission: Impossible – Ghost Protocol director should still be the odds-on favorite.  There was no mention of dates or shooting schedules of 1952 as the project isn’t officially greenlit, but once we see where this lands, we’ll have a better idea of Bird’s involvement with Star Wars.  Keep an eye on this one as more news becomes available.