Back in August, we knew that Baz Luhrman’s The Great Gatsby was being bumped to sometime in the summer of next year.  It looks like that release date is now set for May 10th, 2013 for the U.S. and Canada with an international rollout the following week.  While Gatsby moves out of the 2012 Oscar race, Sacha Gervasi’s Hitchcock moves in with a November 23rd, 2012 release date.

[Update: The first poster for Hitchcock has landed online and is now included after the jump]

Check out the full press release for Warner Bros.’ The Great Gatsby below:

Warner Bros. Pictures’ and Village Roadshow Pictures’ “The Great Gatsby” will open early in the Summer 2013 season, hitting theaters on May 10 in the U.S. and Canada, with an international rollout beginning the following week. The announcement was made today by Dan Fellman, President of Domestic Distribution, and Veronika Kwan Vandenberg, President of International Distribution, Warner Bros. Pictures.

Fellman stated, “Audiences have been looking forward to Baz Luhrmann’s film adaptation of one of the most beloved books of all time, and we felt this beautifully extravagant and dramatic film would be a perfect way for us to kick off our Summer slate.”

Kwan Vandenberg added, “Baz’s unique take on ‘Gatsby’ is glitzy and glamorous, with his juxtaposition of the classic tale and contemporary themes hitting just the right note. This film should really add heat to the competitive Summer season.”

From the uniquely imaginative mind of writer/producer/director Baz Luhrmann comes the new big screen adaptation of F. Scott Fitzgerald’s novel The Great Gatsby. The filmmaker has created his own distinctive visual interpretation of the classic story, bringing the period to life in a way that has never been seen before, in a film starring Leonardo DiCaprio in the title role.

“The Great Gatsby” follows Fitzgerald-like, would-be writer Nick Carraway as he leaves the Midwest and comes to New York City in the spring of 1922, an era of loosening morals, glittering jazz, bootleg kings, and sky-rocketing stocks. Chasing his own American Dream, Nick lands next door to a mysterious, party-giving millionaire, Jay Gatsby, and across the bay from his cousin, Daisy, and her philandering, blue-blooded husband, Tom Buchanan. It is thus that Nick is drawn into the captivating world of the super rich, their illusions, loves and deceits. As Nick bears witness, within and without of the world he inhabits, he pens a tale of impossible love, incorruptible dreams and high-octane tragedy, and holds a mirror to our own modern times and struggles.

Two-time Academy Award®-winning production and costume designer Catherine Martin (“Moulin Rouge!”) designs as well as produces. The editors are Matt Villa, Jason Ballantine and Jonathan Redmond, and the director of photography is Simon Duggan. The music is by Craig Armstrong. 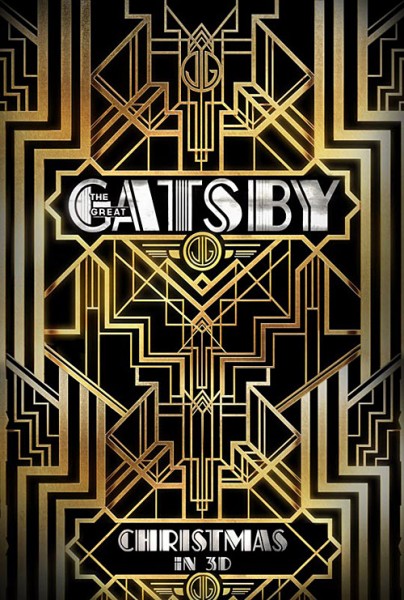