The events that occurred in last season’s explosive finale of ABC’s hit medical drama Grey’s Anatomy will certainly have an emotional impact on all of the characters’ lives. After a shooting at Seattle Grace Hospital that resulted in the deaths of two doctors, Season 7 will explore how everyone has been changed by the trauma, both personally and professionally.

In Season 7, Dr. Jackson Avery (Jesse Williams) will pretty much be starting over, as even his home life will be changing, due to Meredith Grey (Ellen Pompeo) opening her home to the doctors who lost their friends and roommates in the shoot-out. During a recent interview, actor Jesse Williams talked about what an honor it is to officially be a series regular this season, how bittersweet it was to lose some of his co-stars last season, and his initial reaction when he realized that anyone could be expendable on the show.

He also talked about how much fun he had filming The Cabin in the Woods with Drew Goddard and Joss Whedon, and that he hopes it will be released sometime soon. Check out what he had to say after the jump:

Question: How does it feel to officially be a series regular now?

Jesse: It’s great. It’s an honor and I’m grateful. I just hope to make them proud and exceed their expectations.

The finale left the characters with major trauma. How will that affect you and everybody else?

Jesse: Everybody went through that trauma, but we all went through our own specific version of that. I wasn’t shot. Somebody else was shot and almost died. We saved a life. Everybody has their own journey, and we’re really getting to see that. We’re not just going back to the library to move books around, not to diminish librarians. We have to go back and have people’s lives put in our hands, so we have to go through what’s happening now.

We have a grief counselor coming in, played by James Tupper. He’s doing at least three episodes, and he’s really the judge and jury for us, as to whether or not we can even get cleared for surgery. He’s the be-all, end-all for us, and we have to try to prove to him that we can go back to surgery. We’re in the line of fire, so to speak, in the trauma room and in the O.R. Everybody is trying to prove something, and jump through their hoops and hurdles. For Jackson and April, Sarah Drew’s character, both of their roommates were murdered in their office and home. I think that will help to bring us closer together, but it also leaves us with this void. What’s going to happen is that Meredith invites us into her home, so we go and stay with them for a little while. There’s a nice symbolism there. As a fan of Grey’s in the early years, people staying under one roof is nice. We’re getting welcomed in.

What is James Tupper like, as an addition to the cast?

How will Jackson be personally affected?

Jesse: Jackson has to start over a little bit. He’s already had to start over once, showing up in this hospital with few friends, and trying to prove himself and crack into this team that’s well established, who all knows each other very well and they’re not particularly welcoming, all the time. Now, he has to start over again because everybody has changed and everything is changed. Your home, where you work 15 to 36 hours in a shift, has changed forever. But, at the same time, there’s a bond now. We’ve all been through that. Everybody has their own trials and tribulations, but we all went through this together and that will bring us together.

Will there be a special bond now between Jackson and Christina (Sandra Oh)?

Jesse: I don’t think romantically, but I think there’s a mutual respect and a parallel tract. We both are excellent surgeons and put work first. That’s what drove Jackson toward her, in the first place.

What was your first reaction when you found out what the finale was going to be and that you were going to lose some of your co-stars?

Jesse: That was a combination of excitement, but it was also bittersweet. They are buddies of mine. Robert Baker is a tremendous actor. He’s a hilarious, nice guy. We came in together, along with Nora Zehetner, and literally had our first day on the job together. So, when you find out that one of you isn’t going on, it’s difficult. And, it’s the luck of the draw. It could have been any one of us. You feel bad, but they’ll go on to bigger and better things. What I like is that they finished with tremendous performances.

When you heard there was going to be a shoot-out, did you have any worry that you might be expendable?

Jesse: Absolutely! That whole season was week-by-week. I didn’t know if I’d have a job next week. I signed on to do three episodes. I was in and out. And then, they kept writing me in the next one. I joked that it was a performance-based contract, like an athlete.

Jesse: There were four levels of experience. Reading it was really tremendous and the most tenuous table read we’d ever had. Everyone was hanging by the edge of their seat. Then, you shoot it and you get this adrenaline that you haven’t experienced with your co-workers. And then, you watch it and that’s a whole different ball game. Then, you get the fans’ reaction, which was something really unexpected. I’ve unanimously heard that people really, really loved it and it has really opened us up for a great premiere this season.

Are any other new characters being added this season?

Jesse: Not that I know of. We always have really wonderful, overqualified guest stars, but I don’t know of anybody else that might be recurring.

When are they going to give you a love interest on the show?

Jesse: There’s a lot of clamoring for the love interest. I haven’t had an indication yet, I’ve got to be perfectly honest. Working on Grey’s is like working in the Secret Service. There’s no talk of anything until it happens. Maybe they’ll bring in somebody new, or maybe he’ll just go abstinent because he’s so focused on his work.

Do you do much research into being a doctor, in order to play this character believably?

Jesse: Yeah, I do some reading. I’m reading a couple of books about young surgeons, surgery, hospital life and those hours. I grew up watching, off and on, those surgeries on public access. They would show heart surgeries and brain surgeries, just on some random channel. Usually, you’re grossed out, but I wasn’t. I’m not squeamish. I’m fascinated by the whole process.

Is the medical jargon tough?

Jesse: Sometimes that’s tough. What’s equally tough is the choreography because we’re doing a lot of precise medical moves. We have doctors on our set that come in and correct you.

How challenging is it, as an actor, to never know what’s going to happen with your character?

Jesse: It’s tough, but you get used to it. That’s what you sign up for.

Did you work at all during hiatus?

Jesse: I took a break and traveled. I went to the World Cup in South Africa and saw four matches. I went to France and London. We had a great time. I just traveled as much as possible, otherwise I live in my trailer.

What’s going on with The Cabin in the Woods?

Jesse: I had such an amazing time filming that. I play Holden McCrea, who is one of several leads. I can’t really say anything about the plot, but it’s got a spectacular cast. Richard Jenkins, Bradley Whitford and Chris Hemsworth, who’s about to be huge with Thor, are in it. We’re really excited. Fran Kranz is hilarious in it. I don’t know when it’s going to come out. I’m dying to see it.

Because of the issues with MGM, are you worried about it ever getting released?

Jesse: I’m not worried. I’m lucky enough to have something else to focus on right now. Whenever that comes out, it will be a huge perk.

Jesse: Drew was awesome. Few people love their job more than Drew Goddard and Joss Whedon. They have so much damn fun, and that bleeds off onto us, which is an inappropriate use of words because it’s a horror film. 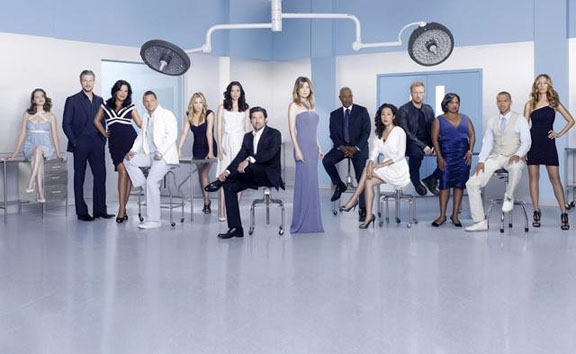