As part of their fall preview, Entertainment Weekly has released new images from some upcoming films.  There are images from potential awards contenders like Spike Jonze‘s Her, Alfonso Cuaron‘s Gravity, Paul Greengrass‘ Captain Phillips, Peter Berg‘s Lone Survivor, and the AIDS drama Dallas Buyers Club starring Matthew McConaughey.  And there are also some images from Machete Kills and 47 Ronin, which probably will be left out of the awards race, but that’s only because the Academy refuses to acknowledge the superb craft of strapping guns to Sofia Vergara‘s breasts.

Hit the jump to check out the images, synopses, and release dates.

Via EW [via The Playlist].

Sandra Bullock plays Dr. Ryan Stone, a brilliant medical engineer on her first shuttle mission, with veteran astronaut Matt Kowalsky (George Clooney) in command of his last flight before retiring. But on a seemingly routine spacewalk, disaster strikes. The shuttle is destroyed, leaving Stone and Kowalsky completely alone–tethered to nothing but each other and spiraling out into the blackness. The deafening silence tells them they have lost any link to Earth…and any chance for rescue. As fear turns to panic, every gulp of air eats away at what little oxygen is left. But the only way home may be to go further out into the terrifying expanse of space.

Captain Phillips is director Paul Greengrass’s multi-layered examination of the 2009 hijacking of the U.S. container ship Maersk Alabama by a crew of Somali pirates.  It is – through Greengrass’s distinctive lens – simultaneously a pulse-pounding thriller and a complex portrait of the myriad effects of globalization.  The film focuses on the relationship between the Alabama’s commanding officer, Captain Richard Phillips (two time Academy Award® winner Tom Hanks), and his Somali counterpart, Muse (Barkhad Abdi).  Set on an incontrovertible collision course off the coast of Somalia, both men will find themselves paying the human toll for economic forces outside of their control.

In MACHETE KILLS, Danny Trejo returns as ex-Federale agent MACHETE, who is recruited by the President of the United States for a mission which would be impossible for any mortal man – he must take down a madman revolutionary and an eccentric billionaire arms dealer who has hatched a plan to spread war and anarchy across the planet.

In this fact-based drama, Matthew McConaughey portrays real-life Texas electrician Ron Woodroof, an ordinary man who found himself in a life-or-death battle with the medical establishment and pharmaceutical companies. In 1985, Ron was blindsided with an HIV diagnosis and given 30 days to live. With medications still restricted in the US and the country still divided over how to combat the virus, Ron procured non-toxic alternative treatments from all over the world through both legal and illegal means. To avoid government sanctions against selling non-approved medicines and supplements, Ron established a “buyers club” for fellow HIV-positive people, giving them access to his supplies.

Set in Los Angeles, slightly in the future, “her” follows Theodore Twombly, a complex, soulful man who makes his living writing touching, personal letters for other people. Heartbroken after the end of a long relationship, he becomes intrigued with a new, advanced operating system, which promises to be an intuitive entity in its own right, individual to each user. Upon initiating it, he is delighted to meet “Samantha,” a bright, female voice, who is insightful, sensitive and surprisingly funny. As her needs and desires grow, in tandem with his own, their friendship deepens into an eventual love for each other. From the unique perspective of Oscar-nominated filmmaker Spike Jonze comes an original love story that explores the evolving nature—and the risks—of intimacy in the modern world.

Keanu Reeves makes an explosive return to action-adventure in 47 Ronin. After a treacherous warlord kills their master and banishes their kind, 47 leaderless samurai vow to seek vengeance and restore honor to their people. Driven from their homes and dispersed across the land, this band of Ronin must seek the help of Kai (Reeves)—a half-breed they once rejected—as they fight their way across a savage world of mythic beasts, shape-shifting witchcraft and wondrous terrors.

As this exiled, enslaved outcast becomes their most deadly weapon, he will transform into the hero who inspires this band of outnumbered rebels to seize eternity. 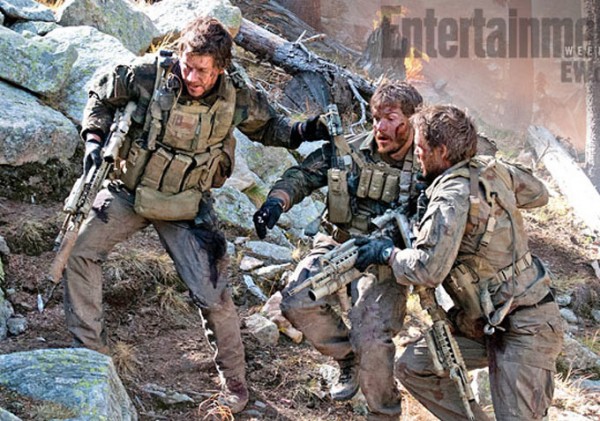