Even Orson Welles is heading to Netflix. Last May, an Indiegogo campaign was launched to help complete the legendary Citizen Kane filmmaker’s final movie, The Other Side of the Wind, which was plagued by financial troubles and remained unfinished at the time of Welles’ death in 1985. Today Netflix announced that it has acquired global rights to the film and will finance the completion and restoration of the picture, which will subsequently be released on the streaming service—just as Welles always intended.

The film is a semi-autobiographical Hollywood satire starring John Huston as a legendary director struggling to forge his last great comeback in his final days, a film called The Other Side of the Wind. Producer Frank Marshall has been spearheading the campaign to get this movie completed and in a statement added, “I can’t quite believe it, but after 40 years of trying, I am so very grateful for the passion and perseverance from Netflix that has enabled us to, at long last, finally get into the cutting room to finish Orson’s last picture.” 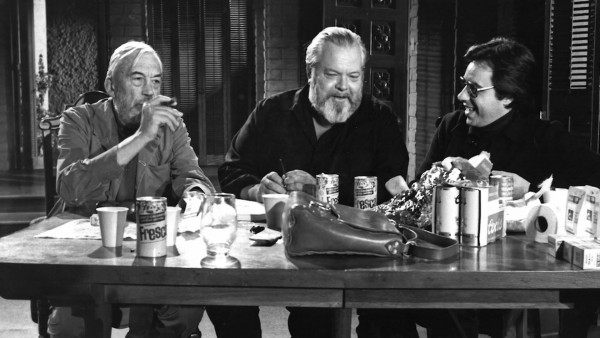 Of course, it’s ironic that the final film from one of cinema’s greatest talents will be completed and released online by Netflix, a streaming service that has gutted its classic film library over the last few years. As Netflix has forged ahead to become the destination for home viewing, they’ve invested tons of money into original TV shows and films—they’ll spend $6 billion in 2017 alone on making original TV series and movies. In order to offset some of the costs, Netflix has lapsed on many of its licenses as it carries fewer and fewer older films on its streaming service, instead recycling many of the same movies in and out every few months, or striking deals for new releases (see: Disney).

With the demise of the brick-and-mortar video store, Netflix became one of the last destinations to showcase classic film aside from TCM, and they’ve basically abandoned focusing on anything made before 1980. So while it’s great that they’re investing their money into completing Welles’ last film, and I’m glad we’ll be able to see it, it’s also a stinging reminder that Netflix has a fantastic opportunity to showcase classic film that it, thus far, seemingly has little to no interest in pursuing.