Paramount has released the first trailer for Michael Bay‘s Pain and Gain, and it’s kind of fantastic.  Based on a true story, the film stars Mark Wahlberg and Dwayne Johnson as two bodybuilders who get caught up in an extortion ring and kidnapping scheme that goes terribly wrong.  Wahlberg and Johnson look to make an incredibly strong comedic pair, and Wahlberg in particular appears to be in excellent form as a bodybuilder with big dreams.  Though the film was made on a budget of $22 million, Bay’s visual style is unmistakable and there’s a strong Bad Boys vibe that permeates throughout the trailer; the description of the film as “small-scale” is only applicable when you’re taking about Michael Bay.  All in all, this is promising stuff. 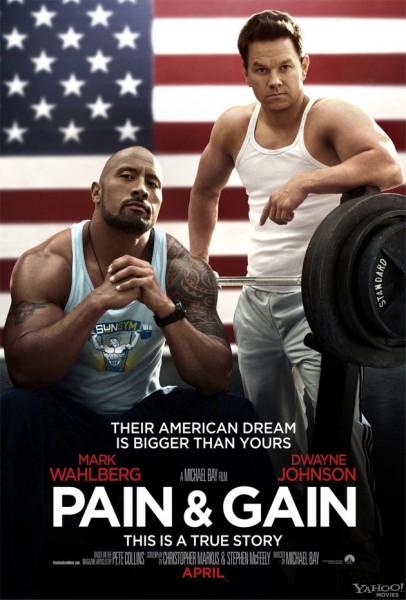