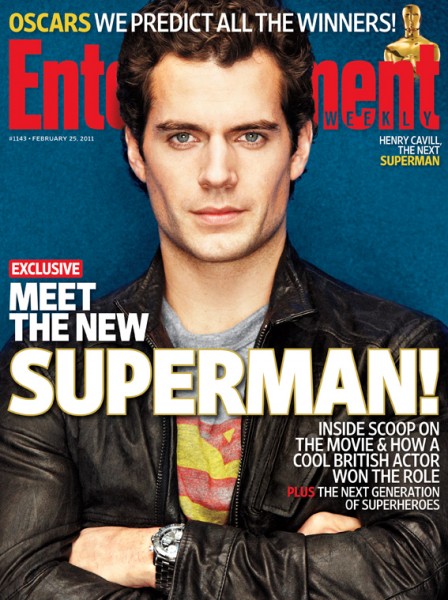 The new issue of Entertainment Weekly goes inside Zack Snyder’s upcoming Superman re-launch.  But the cover of the issue belongs to new Supes, Henry Cavill, who spoke to EW about the film.  While the full interview has yet to go online, EW issued a brief tease with Cavill talking about his anxiety about putting on the suit and screen-testing for the coveted role:

But Snyder was impressed:

“Other actors put that suit on, and it’s a joke, even if they’re great actors. Henry put it on, and he exuded this kind of crazy-calm confidence that just made me go ‘Wow.’ Okay: This was Superman.”

The film is slated to begin shooting later this year for a holiday 2012 release.  With the start date on the horizon, we should expect casting news of the other major roles in the near future.