What a twisty turn of events! Warner Bros. is on the hunt for a new director to take over The Flash and it looks like they might land Back to the Future and Forrest Gump helmer Robert Zemeckis after all. Last month, ScreenJunkies reported that Zemeckis was “in talks” for the superhero tentpole, but that quickly shot down by The Wrap’s El Mayimbe, who clarified that Zemeckis had taken a meeting and that’s it. When Universal announced that Zemeckis’ next film would be an untitled fantasy drama starring Steve Carell, that seemed to put the nail in the coffin on that particular pipe dream, but the tides are ever turning.

Now The Wrap reports that Zemeckis may indeed the direct The Flash after his Universal picture and he has emerged as the studio’s frontrunner for the gig. Additionally, Variety has Kingsman helmer Matthew Vaughn in the mix for to take over The Flash‘s director’s chair. However, the article also notes that Vaughn is eager to get to work on a third Kingsman film to follow-up The Golden Circle, and while he showed interest in The Flash after a meeting, “he may have also been using the project as leverage to get the green light from Fox on another installment in the Kingsman franchise.” As we previously reported, the comic book movie veteran (X-Men: First Class, Kick-Ass, Kingsman) has also been in talks with the studio as a possibility for Man of Steel 2. But wait, there’s more! Per, The Hollywood Reporter Spider-Man and Evil Dead director Sam Raimi is also a “strong contender” for The Flash and has met with the studio in recent weeks. 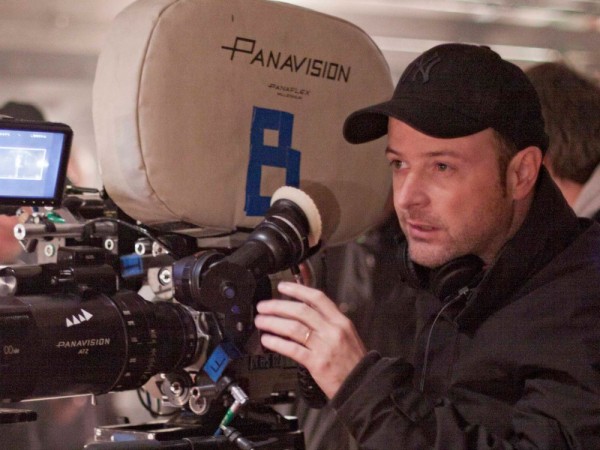 That’s three very strong, big name directors in talks for the gig, a sign of changing times at the studio where this past December WB head Greg Silverman exited the studio as New Line COO Toby Emmerich was promoted to Warner Bros. president and chief content officer. As Adam explained in March, word is that “Emmerich was key in the hiring of Matt Reeves to helm The Batman and similarly tapped Vaughn as a possibility for Man of Steel 2, as the executive wants to make known that Warner Bros. isn’t messing around when it comes to landing quality filmmakers for its big DCEU movies.”

With Scarlet Speedster actor Ezra Miller heading off to film Fantastic Beasts 2 soon, The Flash is currently undergoing a page-one rewrite at the hands of King Arthur: Legend of the Sword scribe Joby Harold after loosing director Rick Famuyiwa over “creative difference”. That means Warner Bros. has some time to settle on their director, but it’s clear that they’re locked in on established, big name talent that are natural fits for the tone and style of The Flash.

What do you guys think? Who would you like to see land the gig? Sound off in the comments.