The first TV spot for Todd Phillips’ The Hangover Part III is now available.  The short teaser shows glimpses of where the Wolfpack is headed for the concluding chapter in their trilogy and it ain’t all in Vegas.  Instead of a bachelor party blowout or a wedding to attend at the last second, the guys appear to start off at a funeral before participating in a prison riot, running for their lives in the desert and buying a giraffe.  Classic.

Check out the TV spot below (and thanks to Sean for the heads up!):

Here’s the official synopsis for The Hangover Part III:

“The Hangover Part III” is the third and final film in director Todd Phillips’ record-shattering comedy franchise. This time, there’s no wedding. No bachelor party. What could go wrong, right? But when the Wolfpack hits the road, all bets are off. 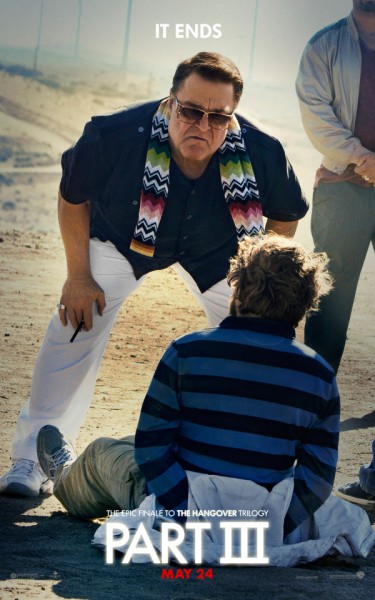